It took me a while to join the Instant Pot (IP) cult, but I finally did and I’m glad that I did–I love my IP. Now I’ve added a new gadget to the kitchen: a sous vide immersion circulator.

I had tried some “jury rigged” sous vide (here and here) so I was sure it was a way of cooking I was interested in pursuing.

The Joule, from ChefSteps now has a place in my kitchen. We all also know that you can’t have a new kitchen toy without playing. So I had to decide what to cook first.

When I got my IP one of the first recommendations for something to cook was boneless beef short ribs. I’ve done short ribs as a braise in the oven (love them, but it’s a wintertime thing–not for summer when the A/C is working hard to fight the heat and humidity. As I was browsing amongst the cookbooks on sous vide I found a recommendation of something to try with sous vide. Yep, short ribs. There was even a recipe for them in the app on my smartphone (which you need to operate the Joule). An absolute no-brainer–short ribs by sous vide.

After reading the descriptions of sous vide meat, the scientist in me just had to do a little study of my own. I’ve really enjoyed short ribs out of my IP. Certainly they were not the same as the long oven braise that I would do in the wintertime, but for hands-off cooking and summertime, they are great. It seemed logical that I should cook something using my new sous vide that I knew so I could really get a feel for what sous vide really does. So, a little experimental design here.

I got a package of four very homogeneous-appearing boneless beef short ribs. Two of those went into the IP, and two into the sous vide according to the recipe on my smartphone. I seasoned both the same: garlic powder, onion powder, and salt then set to cooking.

The Joule app gave me a choice of cooking temperatures for ribs: 156°F, 167°F, and 176°F, with 167°F marked as the “fave”. Since I thought a good deal of experimentation had probably gone into those recommendation, I opted for the middle one for the recommended time of 24 hours. (Yes, really.) The other two went into the IP for 90 minutes that I’d previously used to get nice tender short ribs. (I’d tried less time, higher pressure but didn’t get the result I wanted. Less and there was just a bit too much chew to the meat.)

For the taste test, reheated both batches in the sous vide water bath at 140°F for 35 minutes and plopped them onto a plate and dug side by side and dug in. Was there a difference? Yes there was.

After all the descriptions of meat cooked sous vide I wasn’t quite sure what to expect. The seasoning on them was just about the same so they were beefy, onion-y, and garlicky. The appearance was slightly different: the IP ribs were a bit darker. Both were very tender, but the “mouth feel” of the sous vide ribs was much moister than those from the IP.

I really like the sous vide ribs! Am I going to give up cooking them in the IP? Not likely since it’s also hands off, but it’s quick. Will cook more ribs using sous vide? You bet! I’ll certainly want to try some different temperatures, though. I perusing the Sous Vide for Everybody* cookbook from America’s Test Kitchen I found that their suggestion of time an temperature for braised short ribs was 160°F for 20 to 24 hours.

When thinking about sous vide you have to remember we’re talking precision cooking here–not hit or miss, or close. So it’s likely to take a bit to get the feel for just how I like things cooked using sous vide, but it should be an exciting journey.

*Note: If you’re skulking on Amazon for sous vide cookbooks, be sure to look carefully at the author or editors. There is another with the exact title except that it has 2019 appended.

I got just a little hasty clicking buttons while saving and trying to schedule that post on rillettes, so here is a final report:

for the wine lover

Do you have someone for whom you can’t decide on a gift for this holiday season?   With exception of the last item on the list, these are all products that I use and admittedly, they reflect my personal preferences.  I have no affiliate connection with any of these; I receive no consideration or remuneration for promotion.

With that said, here are a few suggestions: 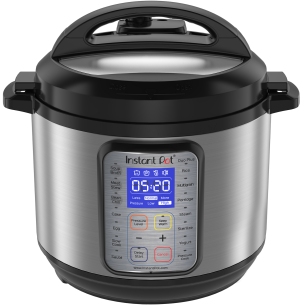 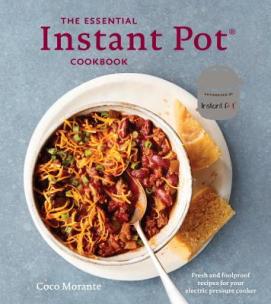